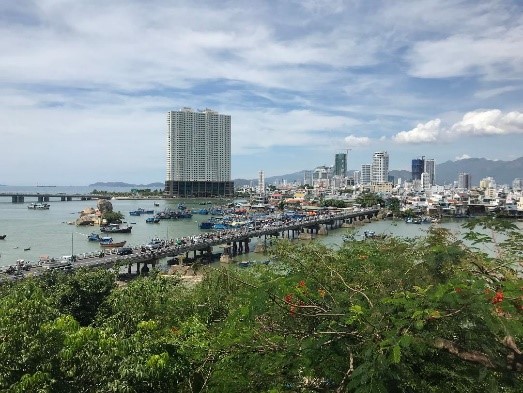 THE PRICE OF FREEDOM

Over 40 years ago when I was a just a little girl, my family and I left our homeland, Vietnam, to escape the Communist regime and pursue freedom in America.

I never understood or experienced what true freedom was until I visited Vietnam again since the fall of Saigon (Vietnamese Americans still call it Saigon even though the city’s name has changed). We have so many rights in America that we take for granted: the right to travel, the right to speak freely, and the right to be what we want to be; all these examples are freedoms not all countries have including my homeland. 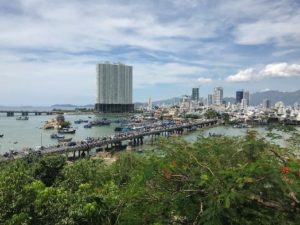 I felt overwhelmed seeing the relatives, the whole clan under one roof that first night we came to Nha Trang. The families were as curious of us as we were of them. Then to speak Vietnamese again to them, my brain slowly registered. I am grateful to have seen them after all these years and saddened by the distance. I want them to experience what we have here in America, but know they can’t.

I will never take my freedom or my rights in America for granted again. Living in America, with its challenges, is nothing in comparison to the other countries. The people there would trade places with us in a heartbeat for the problems and the freedoms we have.

My cousin shared with me that his family was outside the American embassy gate with the thousands trying to get in and escape the country when the US helicopters were leaving that last fateful day, April 30th, 1975. Due to the war, many Vietnamese soldiers and civilians died. My cousin’s father also past away and he never had a chance to see his son grow up. I could see and hear the sadness in his eyes and voice when he talked about his father. His father was not able to see the man that he’s become.

My other cousins in Vietnam were able to see their oldest brother, who is currently living in San Diego. He was also revisiting the country after these 40 years. The separation was very hard on all of them. On the last night of his travel, I could see it in all the siblings’ eyes that they wanted more time with one another. They were torn that they would be separated yet again. I am reminded of family and the love that binds them; nothing would tear them apart, no matter how much time and distance there was between them.

To say that the visit to Vietnam was a success was an understatement. It was powerful and moving. We even went back to the place where my grandparents lived in Dalat. It took us awhile to find the neighborhood but due to my cousin’s efforts, we found the exact address. The house was no longer there and a new house was in its place. Knowing that I stood where my grandparents and parents lived moved me beyond words. I never knew who my grandparents were. I had a chance to see my family’s history. I am grateful that my husband and son experienced and understood what this meant to me. To know who you are and where you have come from is priceless.

When I think of how much my parents sacrificed coming to a new country and leaving their families behind, I am overwhelmed. They didn’t know the language, where they would live or what their next meal would be. When I think of how many of the Vietnamese refugees the United States took in, I am amazed. Thank goodness for the American churches who took in the Vietnamese families. We are indebted to them.

Also, when I think of the many soldiers who died for our freedom, my heart stops and consider the lives that were lost. When I did the tour of the Mekong River, I could see how the soldiers had to go through the muddy terrain and rivers. I didn’t want to get mosquito bites and yet these soldiers stayed and fought in the land. If it weren’t for them, I know that I wouldn’t be here including the hundreds of thousands of Vietnamese Americans who call the United States their home. I am thankful for their courage.

It has been a gift to be able to travel back to Vietnam and visit our family. We plan to go back in a few years. In the meantime, I will continue to communicate with my cousin and his family regularly. I will also count my blessings each and everyday for the price of freedom we take so easily for granted in the United States. 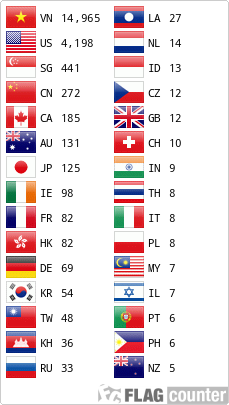